AA makes some lofty promises, like “look no further for Utopia” and you will be “rocketed into a fourth dimension of existence” as well having found the “solution” for your drinking problem… But AA wont’ tell you the person sitting next to you at might be an ex-convict who did time for a non-alcoholic crime like rape or child molestation. Did you know that AA recruits inmates through Corrections literature, too? Many AA members, even teens, attend AA voluntarily. Currently AA has ZERO guidelines for preventing or reporting violent and sexual abuse committed by AA members. I will probably be accused of hurting others by deterring them from seeking out help in AA, but honestly, AA does a fine job hurting others without my help.

First off, if you don’t believe me that AA recruits prison inmates and teens alike, here’s photographic proof: 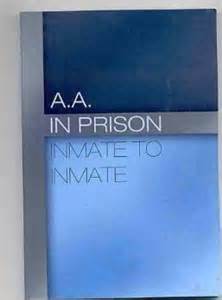 Please quit saying AA attracts, it doesn’t promote. Don’t play word games with semantics when AA provides pamphlets & holds meetings behind bars. AA’s advice for working with ex-cons: have them “attend their first AA meeting soon as they are released”/ “you are not responsible for the member’s attitude or actions in or out of meetings”/”introduce the former inmate to other AA members , just as you would any newcomer.”  You can lead a horse to AA, but you can’t make them admit to others they’re a sex offender- they can use the magical cloak of anonymity.

AA is a sex offender’s Utopia: vulnerable targets already believe they’re “powerless,” &create all of their own problems:  “Sometimes they hurt us, seemingly without provocation, but we invariably find that at some time in the past, we have made decisions based on self which later placed us in the position to be hurt/ So our troubles, we think, are basically of our own making.”  AA slogans can be used to shut up anyone who complains about AA or a dangerous member of the group.

Other AA-isms used against victims:

–  “We realized that the people who wronged us were perhaps spiritually sick.”
–  Don’t be selfish—“Poor me, poor me, pour me another drink.”
–  Be considerate of others always: “…tolerance, patience, and good will toward all me, even our enemies, for we look on them as sick people.
–  You’re not unique: “Though we did not like their symptoms and the way they disturbed us, they, like ourselves, were sick too.”

In AA, victims and perpetrators suffer from the same sickness; getting raped or committing rape is but a symptom of your ‘disease’… Excuse me here but WTF??? But that’s AA logic. Hiding ex-convicts in AA combined with enormous safety concerns at meetings has ended in tragedy one too many times. I’d call these isolated incidents, but every AA in the USA has no policy against abuse:

In California (2011) Karla Brada was murdered by violent ex-con Eric Allen Earle- they met in AA. Hawaii (2010) Clayborne Conley, PTSD suffering Iraq veteran with a history of violence against women, murdered fellow AA member Kristine Cass, her 13 year old daughter, their dog, and himself. In his diary he wrote: “Will take sex where I can get it. Whoever I can trick or use.  Usually women early in sobriety cause they are the most vulnerable. THey have the most insecuritys so just a few words and a little care and the fall rite in to my trap,” he wrote.

So let’s throw Young People into the mix— Lily Weinstein, pseudonym for a CA writer, points out that teens in AA are basically “fish in a barrel.” At 19, Lily heard a man casually reference rape in a meeting as being part of his drunk-a-log, and the audience applauded him.  The Midtown meeting in Washington D.C. has been described as cult-like, isolating members from family & friends, telling them to stop taking meds, quit treatment or therapy, assigning teen girls ages 13 to 18 boyfriends who are men decades older, forcing them to have sex, even having other girls pimp their sponsees out to older male sponsors.

AA members like to use the phrase “if it ain’t broke don’t fix it” to end all discussions about changing AA before they even start.  Slogans like “your own best thinking got you here” implanted in a victim’s mind just make them feel incompetent, let alone powerless to stop abuse. This would be professionally unethical, but AA is not a medical agency, it has no trained facilitators, it is not a branch of the government. So much for heading in a “good orderly direction,” when AA considers sexual abuse itself an “outside issue.” Enough with the “outside issue” bullshit— Abused individuals are as “sick as their secrets”… This is a sobriety threatening issue. 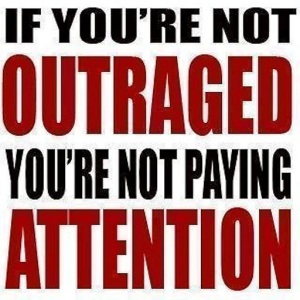 If you’re not outraged, you should be.

Perhaps, we really can’t expect expert advice from AA when their self-titled book compares the disease to hitting your own head with a hammer or compulsive jaywalking. They say it’s an allergy where you “break out with handcuffs,” but I’ve yet to meet a person allergic to cats rub cat fur on their face, or anyone with a deathly allergy to peanuts who can’t resist eating peanuts. In the meantime, if you want to help be “a part of the solution” please visit the link below.

Sign this petition to mandate The Reading of Safety Literature before every meeting:

WHY, BECAUSE: Judges are sentencing 3rd Level Sex Offenders and Violent Criminals as part of their plea bargains to AA meetings unknown to current AA members and the Public at large. There is a rampant problem with Sexual harassment, Battery and rape being covered up in AA, it’s culture, and by the AA Community and the press.