I wanted to wake up and write about anything but the news and this general climate of frustration caused by strong ideologies regarding race, and culminating in horrible violence, but then Barcelona happened.  I have a strong sense of immediacy not to stay silent.  I’m a human with a moral obligation to address what appears to be a worldwide crisis of conscience and has completely gone insane.

I want to frame the argument as simply and calmly as possible.  First of all, the situation in Charlottesville, NC., over last weekend, has been replaying 24/7 since.  A vehicle plowed into a crowd resulting in multiple injured persons and the death of an innocent woman.  These individuals gathered to protest of Unite the Right rally consisting of a radicalized white-supremacists.  North Carolina revoked the rally’s permit and issued a State of Emergency.  The mayor, Mike Singer, tweeted: “I am heartbroken that a life has been lost here.  I urge all people of good will – go home.”

Secondly, I am not rehashing all the gory details because the information is widely circulated.   I also do not want to trigger my own readership although I urge readers to stay informed and fact check news sites.  Today, in Spain, the news is still unfolding— I can’t speak about it until I know more but the video being played on the major networks is unbearable to watch.  There is too much evil in the world, and everyday it’s televised.

Yet, we can’t brush aside North Carolina while learning more about the terrorist attack in Spain– and if today was inspired by Saturday.   In relation to the protections white-supremacists’ have under the Constitution, there are other belief systems protected by the US Constitution.  Namely, churches.  For example, the Catholic Church believes only men can be hold leadership positions in the church. Like it or not, all our various, strange, absurd, and even oppressive beliefs are protected.  However, freedom of speech does not mean freedom from consequences.

Cracked online addressed this in December of 2016 when writer Aaron Kheifets wrote, “So just to be clear (and I can’t believe this is a sentence that actually needs to be written), you aren’t allowed to intentionally inflict harm on someone, even by just using words, whether via in-person chat, phone, email, Facebook, Instagram, telegraph, Snapchat, Tinder, smoke signals, singing telegram, carrier pigeon, words scrawled on a gas station bathroom wall, or even Reddit.”

Despite the assertion of the alt-right about their freedom to peacefully assemble I’ll site perhaps the biggest sources of all– the Library of Congress, and the First Amendment: The First Amendment does not provide the right to conduct an assembly at which there is a clear and present danger of riot, disorder, or interference with traffic on public streets, or other immediate threat to public safety or order. Statutes that prohibit people from assembling and using force or violence to accomplish unlawful purposes are permissible under the First Amendment.

Although the First Amendment allows for gatherings of people to voice their grievances peacefully,  Unite the Right decided to chant, “Jews will not replace us,” they carried shields, and as the Vice program recorded their leadership talking openly about violence and killing others to ethnically cleanse the nation.  Sorry, “alt-right movement,” but the US Constitution is not in agreement with you.

Maybe the US President believes he is making an egalitarian move by blaming everyone.  Only, he is not being democratic and it is not democratic for America to protect one belief system (even Pastafarianism) over any other belief system.  Especially if those beliefs threaten to become law, which is why we are not a nation founded on one state religion. 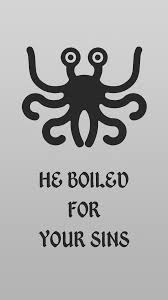 Churches are allowed to exist peacefully no matter what they preach just so long as they do not impose those beliefs unto all Americans in form of a law.  History has proven strong, impassioned beliefs can cause conflict ending in atrocities– Hitler is one example.  Beliefs are as addictive as drugs.  Now, the focus is shifted onto statues and monuments. We are ignoring issues as pressing ( not more so) such as the failure of the war on drugs, overcrowded prison systems, overdoses from heroin or opioids, and the tensions worldwide concerning nuclear warfare.

The world seems more maddening today than ever before because we are all 24/7 news-addicts.  Addiction is not limited to drugs, just watch Hoarders.  Government, politics, media, society, culture, healthcare, law enforcement and foreign policy is all inter-connected.  We are all connected with common bonds no matter how different we may look like, talk like, or dress like.

The latest news out of Charlottesville and now Barcelona is deeply disturbing, depressing, scary, and can trigger personal mental health issues and exacerbate self-medicating if just to numb us down.  Guess how America is treating the majority of people suffering from addiction, anxiety, and depression?  With 12 Step programs which The Department of Justice classifies as religious.  Effectively, Americans have been refused treatment or jailed for not praying.

Religion is a choice for all Americans, except if they label you an “addict.”  As I hear the updates on TV about Barcelona, just know if you are out there feeling powerless you are not the only ones around the world feeling hopeless.  All of us can heal, maybe not completely, but it’s not impossible.  The world seems insane, we’re going to be ok if we unite with caring and listening to one another.

I have no pity for those who participated in the Unite the Right rally because they have the right to gather in their homes or places of worship or clubhouses where it is entirely “safe” for them to share their like-minded views on race.  I will not tolerate, however, if anyone walks into my home and cannot obey my house rules; Unite the Right’s rally was a threat to the safety of Charlottesville and that is why their rally permit was taken away.

The reason and only reason white-supremacy exists in America is because of the American freedoms all of us have, and when one group loses that freedom all groups do. The reason and only reason white-supremacy is frowned upon in America is because they espouse hatred, violence, and threaten to kill other people.   Despite our freedoms, if we intend to harm others through our speech or actions there are consequences.

Vice Video via YouTube: Link will open in new window:

One thought on “The World is Insane (Not You)”